Sembalun village is located in Sembalaun sub-district, East Lombok Regency on the island of Lombok in Indonesia east of Bali. Nested in the heart of a mountainous valley, it sits at the base of the volcano, Rinjani, and is surrounded by a magnificent panorama of rice fields and gardens.The island of Lombok is rooted in the culture and traditions of the Sasak people, entailing a range of fascinating foods, customs and traditions, and over 8 different dialects of the Sasak language across the island. Experiencing the food, festivals, and highlights of village life is an incredible adventure, like stepping into another world. 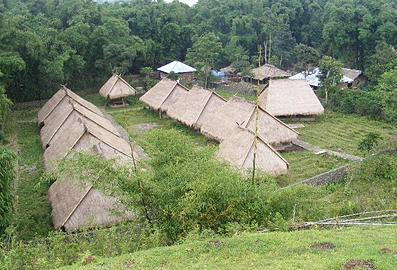 These are the traditional houses of Sembalun, where the first seven families of the village were said to have lived. They are all made of mud-brick and have been extremely well preserved, and are considered of very high historical importance to Sembalun. Locals still live in them to this day.

As the Sembalun village lies at the base of the Rinjani volcano, the soil is rich and fertile, allowing for a booming agricultural industry which forms the economic backbone of the village. On either side of the village lie huge fields where they grow rice, chilli, carrots, cabbage and onions amongst a range of other foods, and almost all of the men in Sembalun are farmers. Sembalun is also he biggest producer of spices in West Nusa Tenggara. 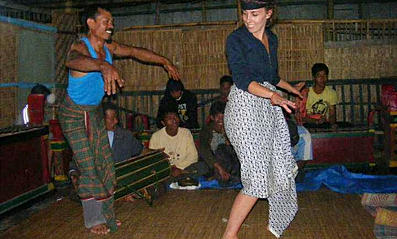 Traditional music is a significant part of Sasak culture – the instruments usually consist of traditional Indonesian instruments like the Gamelan, flute and percussive instruments shown in this picture, and often hold great historical value. The Gamelan instrument featured in this photo is over one hundred years old. The skills of the instruments are passed down from the older members of the village to the younger men.

Traditional dancing is also another important aspect of village life and holds great historical importance. Sometimes professional dancers will visit the village, and masks are sometimes worn when acting stories through dance.